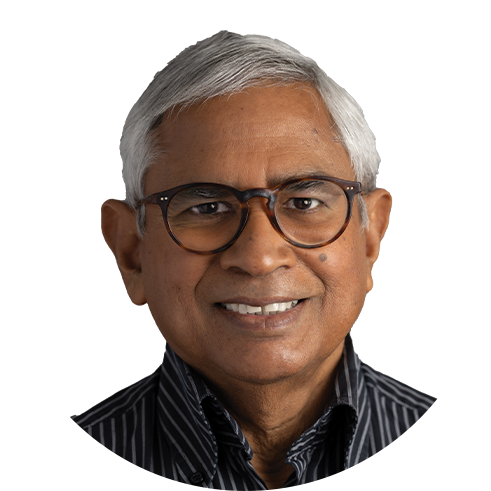 Dr. Azad Esack has been a Neurologist and Neurophysiologist for over three decades. Born and raised in Trinidad, he attended the University of the West Indies at St. Augustine, where he received his BSc in Biochemistry in 1977 and completed his MBBS with honours in 1982, also winning the Clinical Prize the same year. Dr. Esack developed his passion for neurology and neuroscience during his neurology rotation in medical school. He moved to the United Kingdom in 1984 to pursue specialized training in neurology and clinical neurophysiology. From 1984 and to 1991, he trained in innovative neurology surgeries and the treatment of complex neuro-psychiatric disorders at the Frenchay Brain Injury Rehabilitation Centre in Bristol, St. James University Teaching Hospital in Leeds, and St. Bartholemew’s Hospital in London. In 1996, Dr. Esack returned to the West Indies to serve as Consultant Neurologist and Neurophysiologist at The Eric Williams Medical Sciences Complex in Trinidad and Tobago. During this tenure, he also served as Senior Associate Lecturer in Medicine at the UWI, St. Augustine, working with both undergraduate and postgraduate students.

BSc in Biochemistry, University of the West Indies at St. Augustine