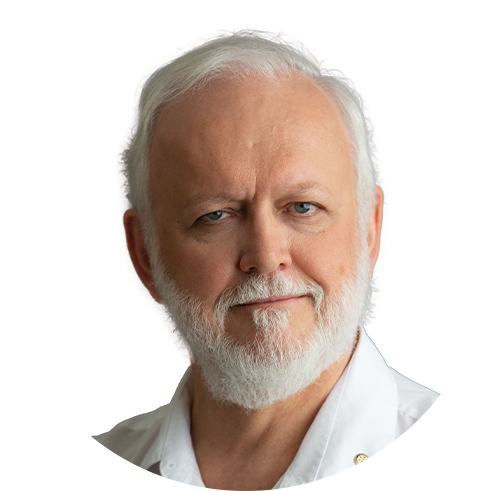 Dr. Philip Buys is a Family Physician at Doctors Hospital. He specialises in general medical practice and conducts in-depth health assessments that screen for early detection and effective management of diseases such as diabetes, hypertension, cancer, and heart disease. He also received post-graduate training in diving medicine, travel medicine, and medical acupuncture. In his early career, he served in the South African National Defence Force as a Medical Officer and left with the rank of Major. During this time Dr. Buys was the Principal Medical Officer and Chief Flight Surgeon at the Institute for Aviation Medicine in the South African National Defence Force. Over the course of his 39-year career, he has worked for the departments of Anaesthetics, Psychiatry, and the Accident/Emergency unit at the Military Hospital in Pretoria, South Africa; the Accident/Emergency unit at the Hillbrow Hospital and Johannesburg General Hospital in Johannesburg; and the Rietfontein Paediatric Hospital and Pretoria East Hospital in Pretoria. He was also the Principal Medical Officer at the Mamelodi Hospital in Pretoria.

Medical degree, University of the Witwatersrand

Occupational medicine at the University of the Free State